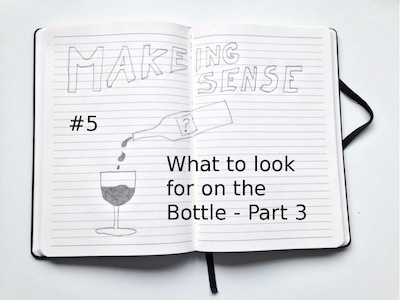 The bottle bellow is an example of a wine that I gambled on recently. I’ll do my best to walk you through each stage of my thought process at the time and why I made the decision to buy it in the end. Unfortunately the Mighty Co-op has stopped stocking this particular wine. But if you do see it somewhere and you’re a fan of rich, full-bodied Australian wine, then I highly recommend you give it a go as it was only £5.99 and punching well above it’s weight! 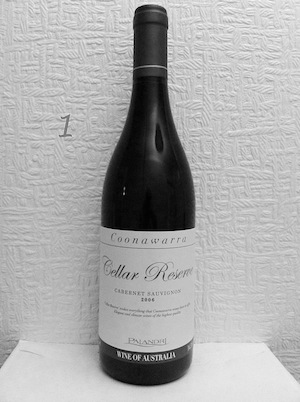 2) What did catch my attention was the wine-growing region mentioned at the top of the bottle, ‘Coonawarra’. I had wanted to try some wine from the region for a while but hadn’t seen much of it around, so I was intrigued. Seeing a specific wine-growing region mentioned that prominently on the bottle usually indicates that all the grapes going in have at least come from the region. So that was a tick in my ‘Yes’ column.

3) The area of the bottle usually reserved for the name of the vineyard, has the words ‘Cellar Reserve’ instead. So I was suspicious straight away and suspected a third party had been involved somewhere along the line as this clearly wasn’t a wine direct from the vineyard… at least it was doing it’s best to look like it wasn’t. So a tick in my ‘No’ column.

4) The label names a single grape variety on the front, in this case ‘Cabernet Sauvignon’. Blends can be just as good Single variety wines, but as I was looking at a regionally specific bottle of wine, from a region I didn’t know much about, the best way for me to get a feel for the region was to stick to a single variety wine and hopefully let the region shine through. So that’s another ‘yes’ vote. 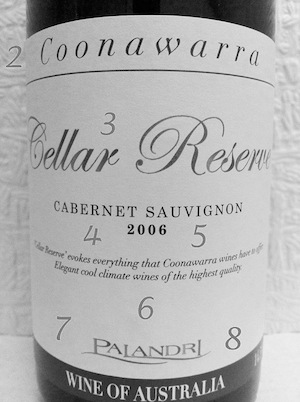 5) In-spite of the suspicion generating ‘Cellar Reserve’ tag on label, the vintage of the bottle is given as ‘2006’, so there could well be justification for the naming. As I said earlier, always look for an explanation. If there’s one then great, if not… be suspicious. I was also thinking, as it was 2013, there was a chance the wine may have developed some additional character through aging in the bottle. In fairness, it could easily have passed it’s best too… so as I had no real way of knowing one way or another, I’ll call this one a draw.

6) As it happened I knew about the Coonawarra wine region and was hoping this would be a showcase for it. But even if I hadn’t known, the producers have highlighted this for us, and have gone out of their way to describe this wine as representative of the region. It’s no guarantee it actually is, of course, but I like it when producers set their stall out for all to see like this. It was also a confirmation that this wine was regionally specific or at least the producers are claiming it to be. So that’s a Yes.

7) The first indication of a company name was to be found at the bottom of the label and I hadn’t heard of ‘Palandri’ before, so it was an unknown. That wasn’t particularly a bad thing but it didn’t help me out any either, so another draw. If I were still on the fence by the end I’d do a quick Internet search on the name and see what it turned up.

8) The last item that stood out to me on the front of the bottle was: ‘Wine of Australia’. If I hadn’t known where in the world ‘Coonawarra’ was then they’ve helpfully let me know. This isn’t going to swing me in any particular direction, but if you’re either a lover or a hater of most Aussie wines, then this could be a decider for you. 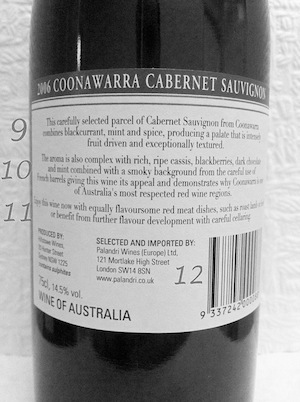 9) Moving on to the back label and straight away the wine is described as being from a ‘carefully selected parcel’. If true, and the grapes have come from a single parcel, this would make a wine not only unique to the vineyard it was coming from, but also the parcels of land it was made from, so a huge tick I my ‘Yes’ column.

10) Here we have a description of the wine itself and while they do talk about ‘blackberries and cassis’, they also mention ‘dark chocolate’ and ‘mint’, which are far less commonly used. So I was hopeful these were in response to the wine itself, rather than what some marketing guru thought I’d like hear. All in all another good sign.

11a) For food paring, their advice is refreshingly open, leaving it at ‘flavoursome red meat dishes, such as roast lamb’. I don’t know about you, but I’m tired of food pairing advice where I’m encouraged to enjoy a particular wine with food I’ve never heard of, let alone thought of cooking or ordering from a restaurant. Honestly… how often are you going to be in the market for a good bottle of wine to go with ‘quails’ eggs and pheasant kidneys, on a bed of artfully arranged watercress’?

11b) The Paragraph also lets us know the wine is one ready for drinking now, but will develop further if cellared carefully. For me this is always a good sign and if nothing else it gives me options. A lot of bottles never make a suggestion one way or the other… by I saw this as backing up my hope from earlier, regarding the age having developed the wine nicely. Still a shot in the dark really, but it was another ‘Yes’ for me.

12) Finally we come to the contact details for the name we saw on the front label, ‘Palandri’, and we can see they are indeed a third party. However, I was pleased to see that the company looked more like a distributer than someone making wines for foreign export. Better still, they have given us the contact information for the vineyard that did produce the wine. It’s uncommon to see this and I took it for an indication that the producing vineyard was standing by its wine, still wiling to put his or her name to it even if it’s being managed and branded by someone else. A final tick in the ‘Yes’ column then.

All in all, at quick first glance, it looked like a bottle to miss:

Looking closer, I thought there was enough potentially going that it was worth a gamble. Not much of a gamble at £5.99… true, but it does go to show that everything I’ve said here can and should be challenged bottle by bottle. As it turned out I ended up with a bargain and would happily have gone back for more if the supermarket chain still stocked it.

Hopefully I haven’t confused you too much, this article was a long one! Please let me know what you think and feel free to ask me about anything I haven’t covered.

The next ‘Making Sense of it all’ guide will be on: Sorting through Wine Styles.